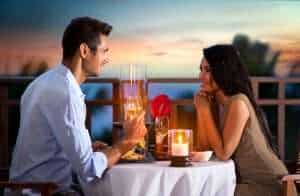 There is no doubt that technology has changed dating forever! It has never been easier to meet someone, just a swipe, a click and boom! You could have a number of dates under your belt. But with this transformation in modern dating it seems that men still want attractiveness and women love intelligence.

If she  goes out with him a couple more times this gives him the opportunity to relax, be himself and make her feel in his presence. When this happens this is when you noticed the little things she didn’t notice at first such as his eyes, sexy voice, style, his big strong muscles or his sense of humour.

Women need time to fall in love and  men it is more instant because it is predominately physical .

It is primal instinct for a man to want a woman who he finds attractive due to reproduction.  He wants a woman with a good fertile body shape favouring the hourglass. Have you seen the extremes celebrities will go to make themselves look more hourglass, look at Kim Kardashian she is a prime example.

Men love women with a soft feminie voice, it draws him as he wants to be her protector and provider, it makes him feel like a strong and masculine.

Men love women who wear light makeup that enhances their skin, and accentuates their eyes making them appear larger, they aren’t too concerned with big glossy lips.

So even though times have changed, dating has evolved the primal instinct is here to stay. 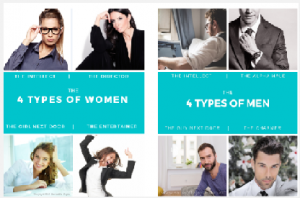